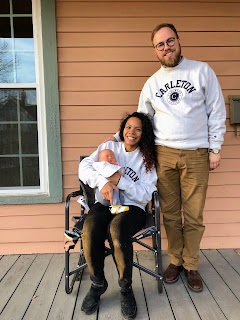 I’m sitting alone in an empty house during the blizzard of the year noting that there have been a few changes the past couple of years. No worries - we’re still married and we’re still in the same house in Duluth. But Ann’s in St. Paul helping with a seven-week old grandchild. Let me catch you up.

Not that long ago, Jason was living in Austin, Texas, and David and Ben were both in San Francisco. Since then, Jason and his wife, Nicky, moved back to St. Paul, bought a house in Dayton's Bluff, and now have a son, Jyri. It’s the Finnish spelling of the slightly more common Russian name, Yuri.

Due to COVID, David moved to Redmond, Washington, and then earlier this year moved back to St. Paul where he owns a house not far from Jason. Ann and I helped with the move, driving a car and U-Haul over 1600 miles in 52 hours. It was our second ride across the Rockies that winter, and both were beautiful!

Ben got married to Xin in 2021, had a daughter, Astrid (“Azzie”) last summer and has now purchased his first home in Issaquah, Washington, where he’s lived for a couple of years. I’m sure a dog will be coming soon to keep up with his brothers.

Jason continues to work for the St. Paul firm that hired him out of college. Ben left his original employer, Thumbtack, and now works at Airbnb. David, who also worked at Thumbtack, now works for Instacart. The past several years have been great for technology, but some clouds have arrived on the horizon. I’m sure they’ll all do fine, though. 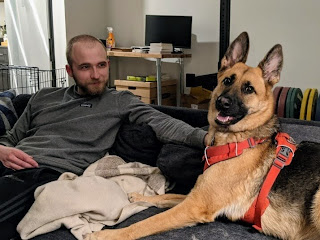 For us, it’s been a very busy and wonderful family time. We get to St. Paul often and the kids get to Duluth. But Ann has also taken on a new job. Both new sets of parents asked her if she’d be willing to help with the new babies.

Ann was thrilled and spent a month this fall in Issaquah caring for Astrid, and is now in St. Paul caring for Jyri. It’s worked well, and the kids also appreciate the cleaning and cooking that she does!

Since she intends to continue helping with the grandkids for at least several more months, Ann finally stepped down as leader of Celebrate Recovery at our church. Ann started the organization 14 years ago next month and has been critical in building it up. Although CR struggled during COVID, like the rest of the world we’re getting back to normal (whatever that is). She is still heavily involved as a leader but she’s no longer its director.

Not to be outdone, fall of 2021 I was laid off from my long-term employer, Saturn Systems. It was part of the sale and consolidation of the company with another software engineering firm from the Twin Cities. I then set myself up as a self-employed consultant, something I’ve loosely talked about doing for years. 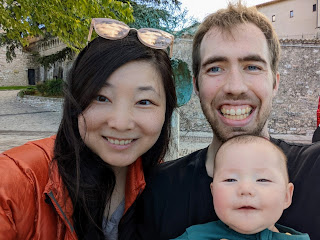 Although the work hasn’t been steady, which is mostly OK with me, I did have a good contract last spring. I’m still ambivalent on letting myself be permanently unemployed but I am enjoying testing what life might be like not working.

We’ve had a lot of fun with the kids. We’ve spent a lot of time at both houses in St. Paul. Ann and I like to walk, and their homes are in great walking locations along the Mississippi River.

When Ann was in Issaquah this fall, Ben rented an Airbnb in the North Cascades and invited me to join them. The five of us spent a week together hiking and hanging out with Astrid. It was a great time, beautiful scenery and great accommodation, a whole house and yard in a rural neighborhood.

Last fall while Ann was in Washington, I did a road trip to see all three of my sisters who live at least parts of the year in northern Wisconsin and the Upper Peninsula of Michigan. It was a great ride to my favorite country, riding quiet two-lane roads just as the fall leaves are appearing. 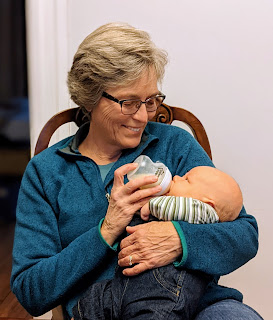 As we’ve done a couple of times before, Louise and I spent two days in my truck off-roading. I always liked doing this as a kid but only recently found that Louise likes it, too. We explored roads, rivers and rustic campgrounds. It’s one of those unexpected grand times I have vacationing!

I spent a similar day with Ben during our time in Redmond helping David move. Ben and I took a day-long road trip adventure north of Seattle along the coast, stopping at deserted parks to walk, grabbing food as needed. We even took a ferry. It was just a wonderful time to spend with my son.

Merry and blessed Christmas to you.