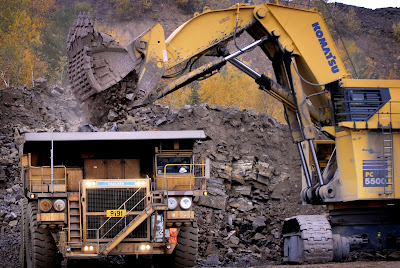 I grew up in the Upper Peninsula of Michigan on the Marquette Iron Range, the smaller of two active iron ranges in the Lake Superior basin. My grandparents immigrated here from Finland over a hundred years ago, seeking a better life in one of the most formidable climates in the world. The mines have run continuously since 1847, owned by Cliffs Natural Resources since 1890. My grandfather, father, several uncles and many neighbors worked in the mines. Then it was called Cleveland-Cliffs Iron Company, abbreviated CCI. The workers said they "live and die for CCI."

Two years ago, Cliffs caught my eye. It seemed to be doing well crawling out of the Great Recession. As I always do when considering a stock to buy, I went through their financials, which looked good: Low PE and price/book, strong cash flow and a solid dividend. I've maintained that the world, especially developing countries, is growing fast and will continue to use more iron, copper and other commodities as they join modern life.

So I purchased Cliffs and watched as it lost 92% of its value over a year, bottoming out at $1.32 on January 12, 2015. I then watched again as it went up 12 times. And today, as I did years ago, I went through their financials and decided that it does not meet my requirements for a healthy company. So I sold it, just barely recovering nearly all of money. Meanwhile, Seeking Alpha says Cliffs is "ready to rumble." We'll see.

What did I learn from this whirlwind ride? Reviewing their SEC filings from when I purchased them, I can see now that some of their financials looked too good to be true. So a lesson might be to be careful adding up the numbers. It is helpful to also have a sense of where the company and industry are headed. Of course, a Monday morning quarterback is always right.
Otherwise, I didn't learn a lot. Mining is a capital intensive industry but like every sector, it has its strengths and challenges, which I would assume are accounted for in its price. Should I have sold after it lost half of its value? Well, that would have been costly. I'm especially glad I didn't sell it at its bottom, but I wonder if I would have considered buying Cliffs at less than $2/share when I wouldn't consider selling it.

Buying individuals stocks is a risky business. My theory is that stocks don't force me into overbuying into overpriced equities, as indexes do. But the downside is losing - and possibly gaining - a lot of money. Which is why most of my equity purchases are in indexes.
Posted by Jon J Anderson at 2:36 PM No comments:
Email ThisBlogThis!Share to TwitterShare to FacebookShare to Pinterest

How Not to Apply for a Job

This past week, as I have done for years, I looked closely at several applicants for positions we are trying to fill in the tech industry. All have some valid skills that may appeal to us. However, I am slightly shocked at the basic errors made by applicants. If you're looking for new work in any field, here are some thoughts.

The most obvious problems come in the resume itself. Usually, it starts with too much information. I just read a resume that lists forty different skills, about thirty more than I can process. Applicants seem to forget that few will study their resumes - we scan through them in tens of seconds. They regularly go beyond two pages, which is usually too long. The resumes are often unclear on where and when they have worked or attended college. Resumes should contain plenty of concise, concrete information that can later be expounded on, but not a lot more. A related problem is the over architected resume that is wonderful to look at but often lacking in critical information.

A major miss from applicants is their LinkedIn page, or lack of. A LinkedIn page is Step One in any modern job search. Open a free account, complete the profile and be sure to include a picture. List all education and professional jobs. Provide dates for the past ten years and account for any blanks. List organizations, interests and personal data. And while you're at it, join a couple of groups. LinkedIn walks you through this rather easy process. Finally, get 50-100 connections before you send out a single application. It's not hard to do. And then "follow" the organization you are applying to. Again, I'm amazed by applications that do not provide a LinkedIn profile, and if they do, obviously threw it together in thirty minutes.

So what to do with problems, such as a bad GPA? Try to avoid highlighting negatives but be ready for an explanation when asked. Don't lie or hide - you will only dig yourself a bigger hole. But remember that everyone has a problem with their resume and still over two hundred thousand people were hired last week.

In the end, though, don't lose sight that your resume or LinkedIn page will never get your hired. It's your skills and experience that get you a job. 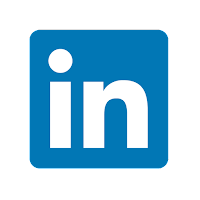 Posted by Jon J Anderson at 5:58 AM No comments:
Email ThisBlogThis!Share to TwitterShare to FacebookShare to Pinterest
Newer Posts Older Posts Home
Subscribe to: Posts (Atom)